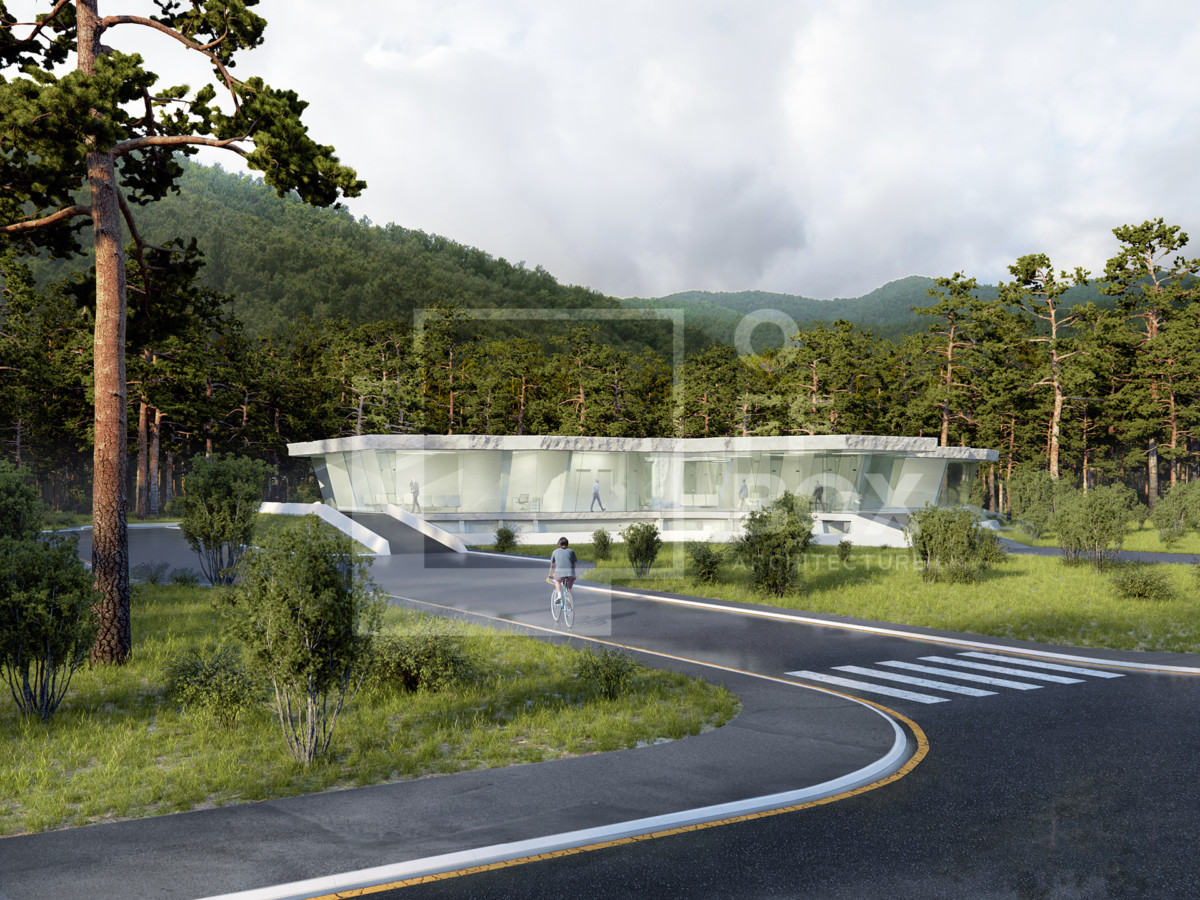 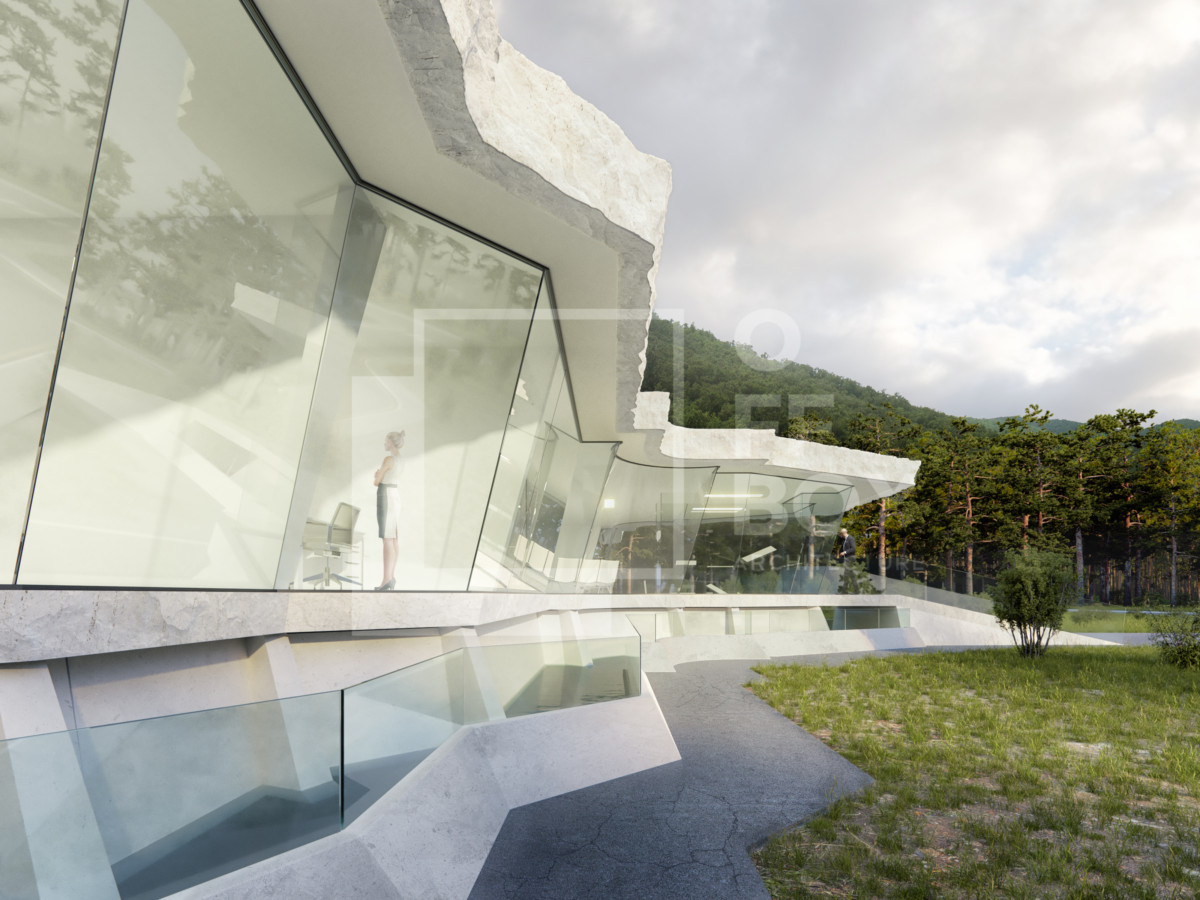 The architecture of a building can display or conceal the activity that takes place in it. The vision of the architect, typology, level of security and the placement with regard to its surroundings determine that. In the case of a botanic research institute transparency enables the interaction of humans with nature and fades the boundary between interior and landscape. This building affects its surroundings. Although it has a low profile, it is perceived as heavy and imposing to whoever approaches it. This aims to reflect the credibility of the institution which operates in, as well as the publications and scientific work that is published in its name. Although the entire facade is transparent, the building resembles a fortress, and ironically it’s surrounded by a water channel over which the entrances are placed as bridges.
Sustainable design principles are taken into account also. Tilting the facade to the outside and designing a large overhang helped to avoid issues of overheating by direct illumination of the sun in summer. While the low angle sun of the winter penetrates inside the building heating it in a passive way.