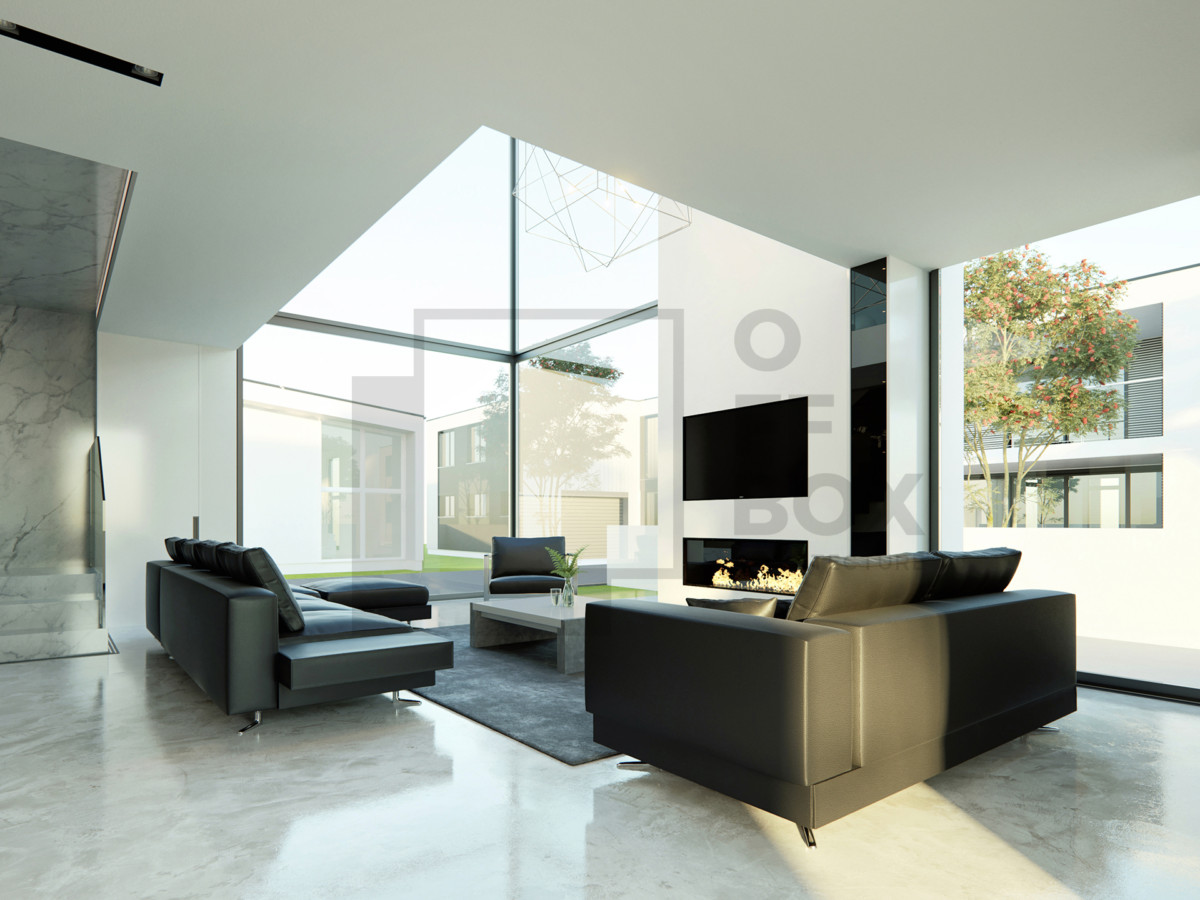 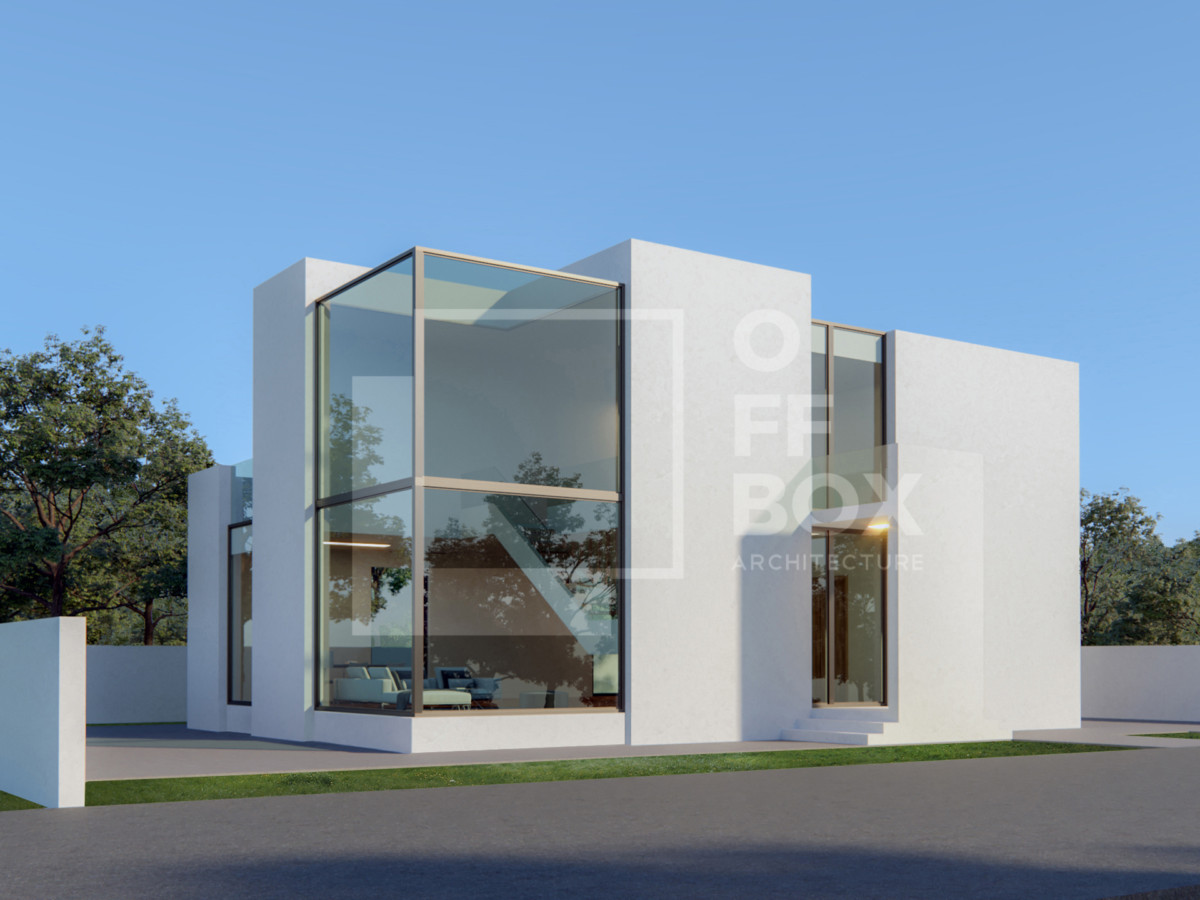 HOUSE N
Housing in the suburbs

Living in the suburbs of a city like Prishtina is an advantage because you utilize the good aspects of living in the outskirts like the silence, privacy and beautiful views, and also the advantages of the proximity to the city, as a socioeconomic, cultural and educational center.
The city house has to be disguised, so that it can be protected from preying eyes, while large openings and unimpeded natural light is a commodity that you rarely can enjoy in these houses.

The similarity between the protruding volumes of the facade, with the ancient archaic ruins is deliberate, and done to such a small sized home for it to be perceived as heavy and compelling to anyone who looks at it. The careful placement of the windows and the parapet walls that are pulled back, makes us think we understand the constructive system of this house and that it is a massive construction system with load bearing walls. This is because its affiliation with the heavy monuments that we saw in our lifetime for the mind is inevitable. In the facade we see the careful alternation of heavy masses and light glass, which is followed very carefully in the vertical direction for the illusion of the masses to be as effective. The lack of other decorations on the surface attempts to showcase the cleanliness and roughness of the structure which in itself stands as a rock in its place