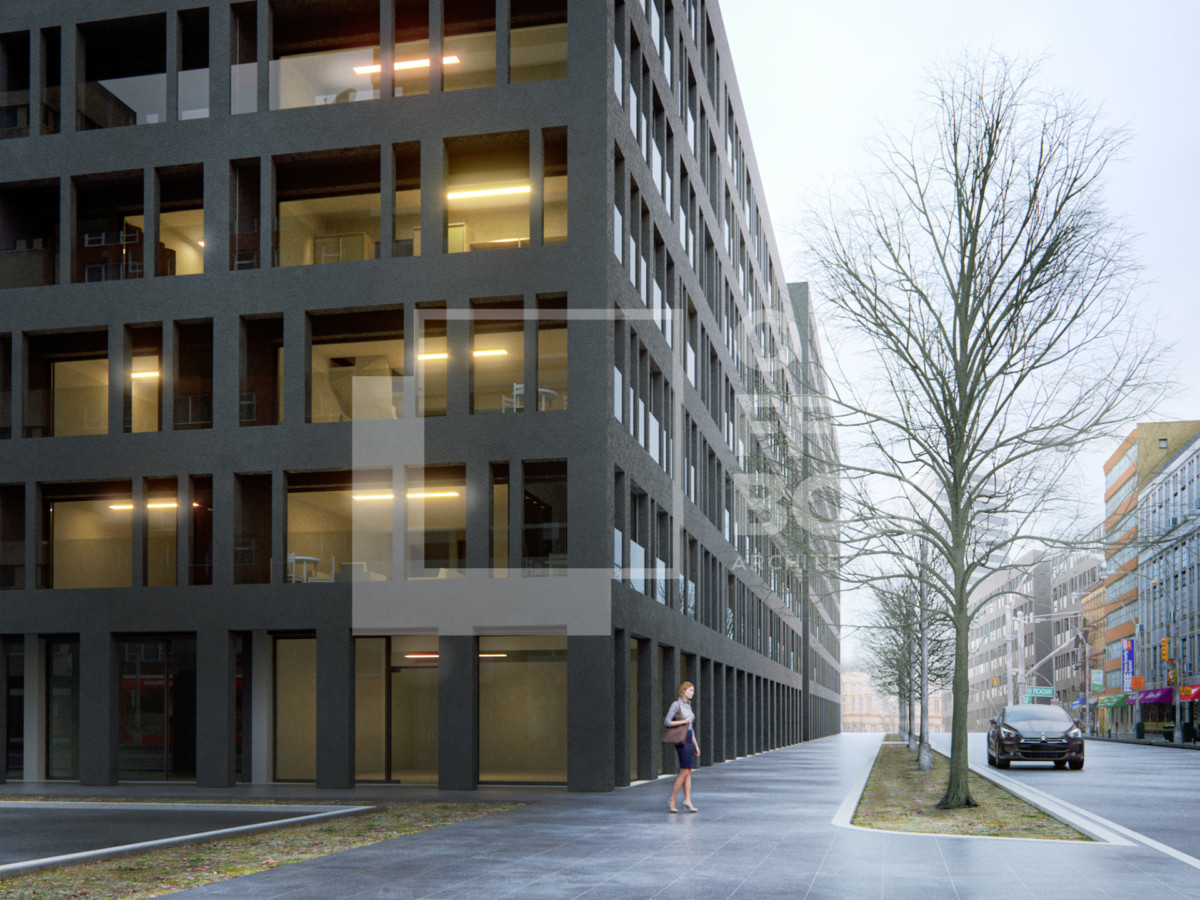 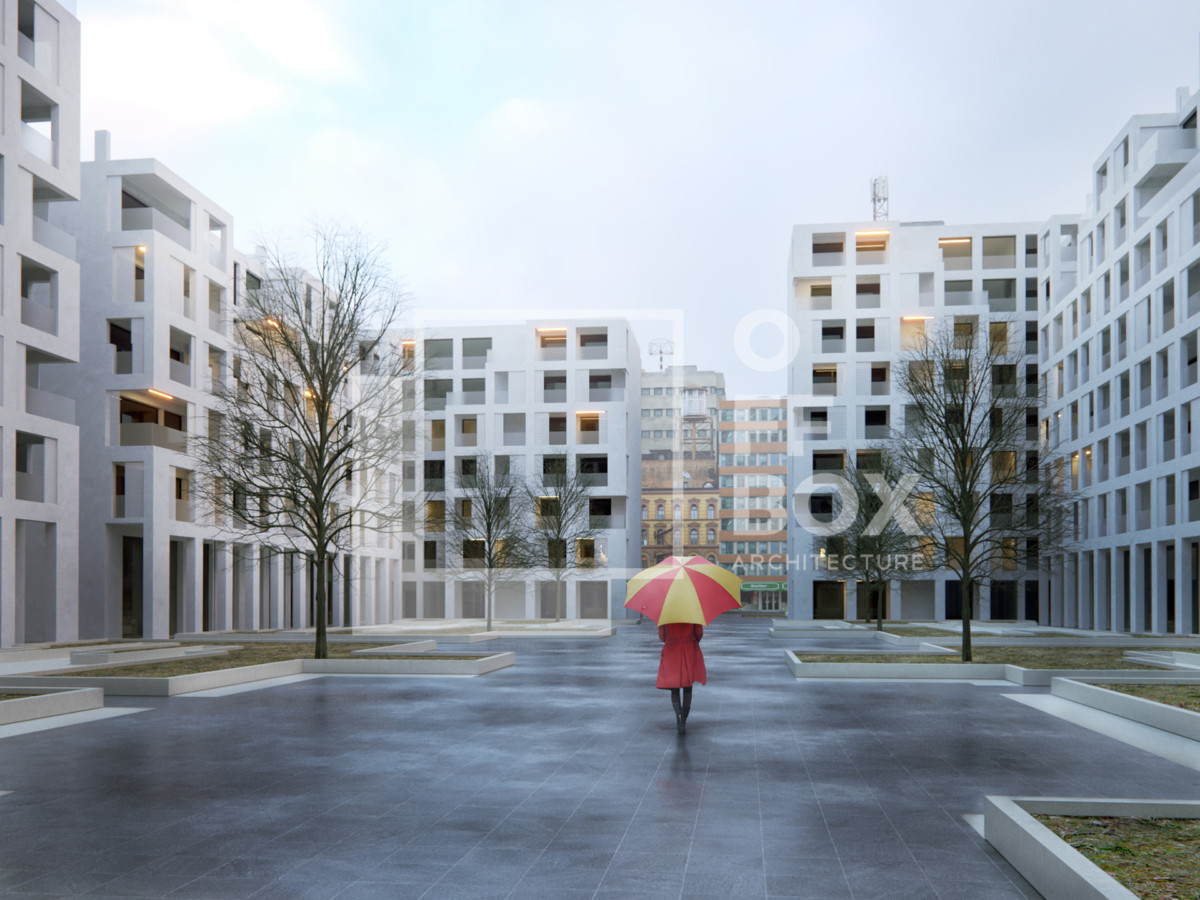 B5 HOUSING
Mixed use complex

Here the idea was to create two different environments that offer different experiences and feelings. The concept of a closed block is backed up by the architecture, materials and colors used. The initial concept stems from the black and white contrast. This will create a closed block where the interior is the complete opposite of the outside. Exactly the contrasting experiences, inside-out is the element that creates a special atmosphere inside the interior courtyard as well as along the external facade. While the black color in the outside of the block makes it seem smaller than it is in reality, the white color makes the space inside to be experienced as greater and visually lighter
The buildings are developed as extraordinary types with central hallways laid out one for three floors. This typology is reached by apartments developed in semi-levels similar to townhouses where we have a clear division of functional areas. On the first floor of the gallery level is the day area, living room, and the bedrooms on the second floor. Using one hallway for three floors allows a very economic solution for the layout so we have a much smaller area of the hallway distributed proportionally to the number of apartments. Apartments in ordinary buildings that are placed on both sides of the hallway, have no cross ventilation, and also the position with regards to the daylight orientation results with buildings where some apartments are oriented only in the north. Whereas this type of layout allows for apartments to have access to both sides of the facade allowing also cross ventilation and better orientation. The hallway is a source of noise and when we have only three hallways for a 9 storey building it’s negative effect with regard to the number of apartments is kept minimal.